The end of the last Ice Age marked the beginning of the Holocene era. We are still in this geological epoch. In terms of human evolution, this is the Mesolithic period, also known as the Middle Stone Age. This is a period of modern human hunter-gatherers, using quite complex flint and stone tools. The earliest definite evidence of human activity in Cambridgeshire dates from this period. Extensive flint scatters have been found along the river valleys and fen edge, showing the importance of water, both for sustenance and probably transport. 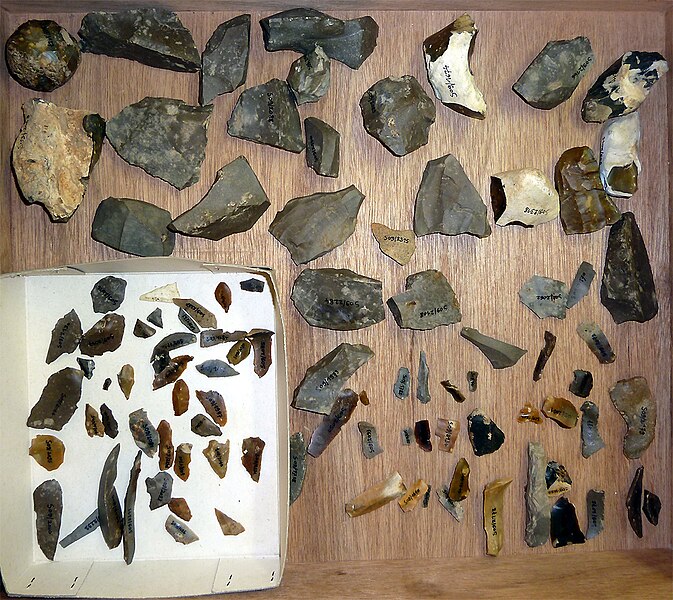 Mesolithic flint scatters have been found in Caldecote.

The transition from the Mesolithic to the Neolithic is marked by the shift from hunter-gatherers, probably nomadic with seasonal settlement, to a more agrarian way of life. The Neolithic sees the first permanent homes. Neolithic people cleared the land by cutting down the forest to create land for farming. This is the period when animals were first domesticated for farming purposes, and the first crops grown rather than picking wild seed.

Cambridgeshire has some extensive Neolithic sites with evidence of surviving field boundaries on the fen islands near Chatteris. Neolithic houses, where known, are rectangular, presumably holding families and livestock.